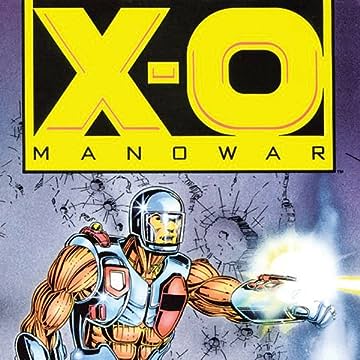 Aric, a fifth century Visigoth barbarian, is captured by aliens and enslaved aboard their starship. A fellow prisoner carves a map into his hand that leads to the aliens' ultimate weapon-- the X-O Manowar armor. Aric fights his way to the sentient armor and escapes back to Earth with it only to find that 1600 years have passed. He is now the most primitive man on the planet, yet he wields the most technologically advanced weapon in existence! As the aliens begin their invasion of Earth, Aric struggles to adapt to his new home-- the modern world-- and prepare for the battle where he can finally seek vengeance against his inhuman captors!