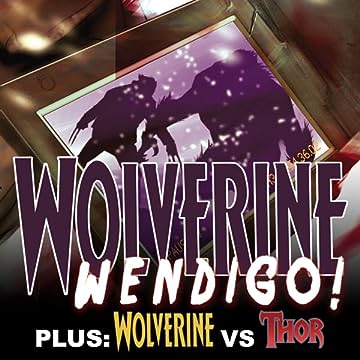 A camera crew torn limb from limb attempting to shoot footage of a mythical beast in the deepest forests of Canada. Two survivors spouting wildly diverging stories about a ferocious, white-furred monster and the mysterious stranger that came to their rescue. How are the police to make heads or tails of all of this? Let's go to the videotape! Also featuring: "Wolverine Vs. Thor": Want to see what happens when a jerky-chewing kanuckle-head steps up to the Asgardian God of Thunder? Let's just say that it doesn't involve tea and biscuits.