Witness to War: The Journal of Anna Krieg 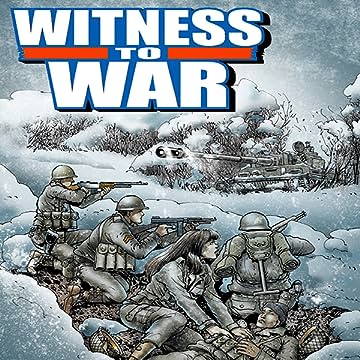 Witness to War: The Journal of Anna Krieg

An account of the Battle of the Bulge told from the perspective of a female war correspondent who becomes trapped in the incredible struggle to hold off the German Army during WWII. The Battle of the Bulge...the Watch on the Rhine...the Ardennes Offensive...whatever name is used for this epic battle, it involved over a million men and was the largest land battle that the United States Army was involved in during the Second World War. This fictional account of Anna Krieg, a woman press correspondent, during the incredible saga of the last ditch effort by the German Army strikes a true chord of dealing with the nature and the horror of war. Written and illustrated by Chuck Bordell, this graphic novel immerses itself in a realistic approach to warfare through the eyes of a naïve and innocent woman who finds herself trapped in a war she only thought she understood. "A hard-hitting, history-drenched account of World War II's Battle of the Bulge." - Nick Davis, Missoula News.