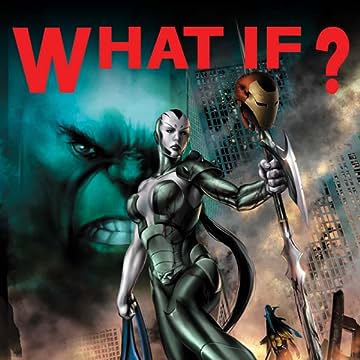 Collects What If? Annihilation, Civil War, Planet Hulk, X-Men: Rise and Fall of the Shiar Empire And Spider-Man Vs. Wolverine. Marvel once again poses the question, "What If...?" What if Annihilus had not been defeated in the outskirts of our galaxy, and instead had brought his devastating alien armada to Earth? What if Iron Man had lost the Civil War? What If Captain America led all the heroes against the Superhuman Registration Act and Henry Gyrich became head of S.H.I.E.L.D. to take them down? What if the Hulk had landed on a peaceful planet, as the Marvel heroes had intended when they exiled him into space? Or Banner had landed on Sakaar instead of the Hulk? Or the Hulk's warrior bride, Caiera the Oldstrong, had come to Earth seeking vengeance instead of her husband? What if Vulcan had become Phoenix? And finally, what if Spider-Man and Wolverine became the most efficient two-man killing team in the world?