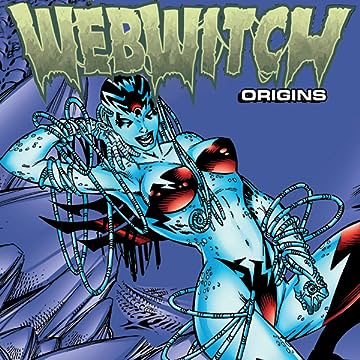 Originally appearing in 1997 this is the first issue of the Webwitch! Nina had a happy life before her encounter with the deadly Spider-Nation. Now infused with alien DNA she has been turned into a monster set upon unleashing the hordes of alien creatures upon an unsuspecting humanity. Originally presented in Webwitch #0.