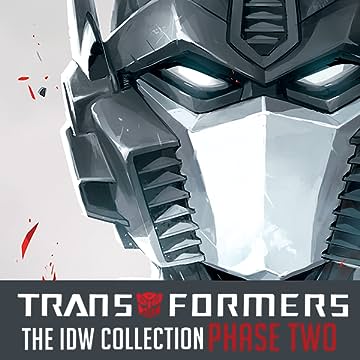 The war for Cybertron is over! Bumblebee and his fellow Autobots struggle to maintain control of a world without Optimus Prime. As the provisional government struggles to assert itself, Prowl vows to defend it against the Decepticons at all costs. Meanwhile, Rodimus embarks on an epic quest to the farthest reaches of the Transformers universe with a group including Ultra Magnus, Drift, Ratchet, Cyclonus, and more.