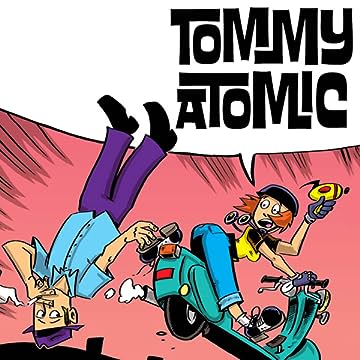 Tommy Atomic is punk rock superhero romance about a jerky dude with a bomb stuck in his head and his hyperactive girlfriend that guilts him into being a super hero. Short comics have appeared in Royal Flush magazine and various anthologies, and a new series will begin in mid-2012.