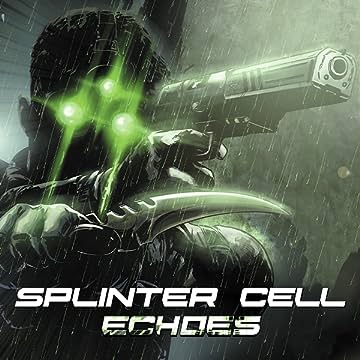 Sam Fisher, once a Splinter Cell--a clandestine operative operating in the shadows of the NSA--is now retired. His enemies, however, are not. Haunted by dreams and memories of his past, he struggles to put his life back together. But when a mysterious terrorist organization called KROWE begins pursuing targets around the globe, Sam's expertise is needed to uncover their endgame and stop them before the deadly plot unfolds. 'Echoes' takes place between the events of Splinter Cell Conviction and Splinter Cell Blacklist. The series bridges the gap between the two games with a realistic, original story that sets the tone for the opening events in Splinter Cell Blacklist! From Nathan Edmondson, the acclaimed writer of ULTIMATE IRON MAN, WHO IS JAKE ELLIS and THE ACTI- VITY and Marc Laming, artist behind EXILE ON THE PLANET OF THE APES, THE RINSE, THE ACTIVITY and Dynamite's own KINGS WATCH comes a story of the Sam Fisher you only thought you knew.