To Laugh That We May Not Weep: The Life and Art of Art Young 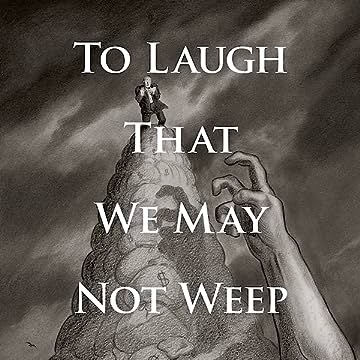 To Laugh That We May Not Weep: The Life and Art of Art Young

Art Young was one of the most renowned and incendiary political cartoonists in the first half of the 20th century. And far more ― an illustrator for magazines such as The Saturday Evening Post and Colliers, a magazine publisher, a New York State Senatorial candidate on the Socialist ticket, and perhaps the only cartoonist to be tried under the Espionage Act for sedition. He made his reputation appearing in The Masses on a regular basis using lyrical, vibrant graphics and a deep appreciation of mankind's inherent folly to create powerful political cartoons. To Laugh That We May Not Weep is a sweeping career retrospective, reprinting ―often for the first time in 60 or 70 years― over 800 of Young's timeless, charming, and devastating cartoons and illustrations, many reproduced from original artwork, to create a fresh new portrait of this towering figure in the worlds of cartooning and politics. With essays by Art Spiegelman, Justin Green, Art Young biographer Marc Moorash, Anthony Mourek, and Glenn Bray, with a biographical overview of Young's life and work by Frank M. Young, To Laugh That We May Weep is a long-awaited tribute to one of the great lost cartoonists whose work is as relevant in the 21st century as it was in its own time.