The Tower of the Comic Book Freaks 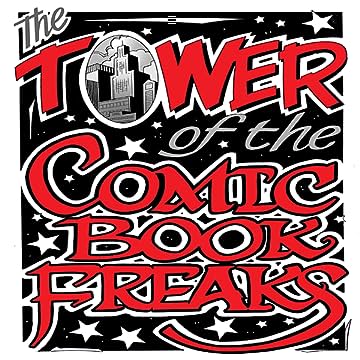 The Tower of the Comic Book Freaks

Fourth of July, 1971. Five awkward, young men drive to New York in search of love, sex, art, comic books and a glimpse at the city's wicked underbelly. What they encounter changes their lives forever. Visit a pivotal time as comics change from a business to an art form. Meet Allan Caldwell, comic artist, blacklisted since the 1950s for his testimony to the U.S. Congressional Inquiry. Tour the greatest city in America during a period of social disintegration. THIS ISSUE: "No Childhood Left Behind" The stage is set as five awkward, young men drive to New York City for the 1971 Comic Book Convention. They explore a New York City so steeped in decay at the time that each of their idiosyncrasies no longer seem important. “This work is truly novelistic. It’s ambitious in terms of setting, rich characterization and it says something about life. He is in heady company. Kubert, Eisner and Miller spring to mind.” - R.G.Taylor, Co-creator Wordsmith, Artist Sandman Mystery Theater.