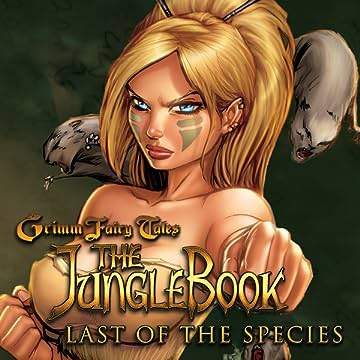 The Isle of Kipling has known war between the Animal Tribes for generations. But when a pirate ship crashed to the island shore, the arrival of four infant survivors was deemed an omen to signify the end of the war. Divided up between the tribes in a fragile act of peace, the four children grew up separate from one another, not knowing of one another's existence. But years later, a simple run through the jungle for Mowglii and her adopted mother wolf accidently disrupted the peace. And eventually Mowglii's mother wolf was murdered by the ferocious tiger, Shere Khan. As a result, Mowglii finally achieved vengeance by killing Shere Khan. And although Mowglii's act may have quenched her thirst for revenge, it has rekindled the fires of war. Now, the borders between the animal tribes are shattered, the jungle is unsettled, and war on Kipling Isle looms on the horizon.