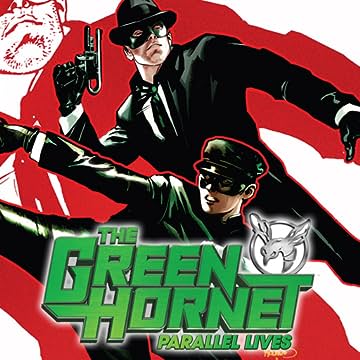 Dynamite is the only place to read the story that takes place before The Green Hornet! Only, this is an official prelude to the upcoming movie starring Seth Rogen and Jay Chou as the Green Hornet and Kato! The official tie-in to the upcoming feature film - just announced as a 3-D release! - continues! Learn how the lives of Kato and the Green Hornet were intertwined before they ever met. Kato learns the advanced chemistry of the hornet sleeping gas and the world's greatest coffee! Oh, did we mention he takes on corporate espionage and kicks some butt?