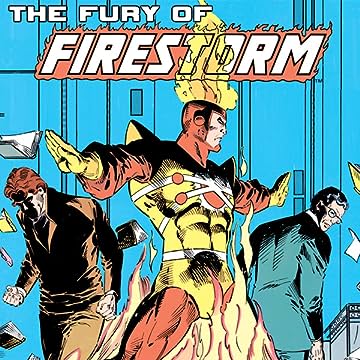 After a nuclear accident, Professor Martin Stein and Ronnie Raymond found themselves merged into a being known as Firestorm! Can they learn to work together, or will this be their undoing? NOTE: though not every issue used the full title on the cover, The Fury Of Firestorm began in 1986 and ran 64 issues. The series continued as Firestorm, The Nuclear Man from issues #65-#100.