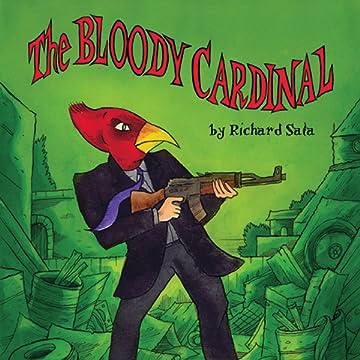 In this graphic novel, a series of grisly murders echo the work of the master criminal, the Bloody Cardinal. But, he’s dead! Or is he? He was trapped by police in an abandoned asylum which burnt to the ground. The charred remains found in the ashes were presumed to have been his. However, he left behind a journal which has been tied to a string of violent, unsolved murders. Who is behind these crimes? Full-color illustrations throughout.