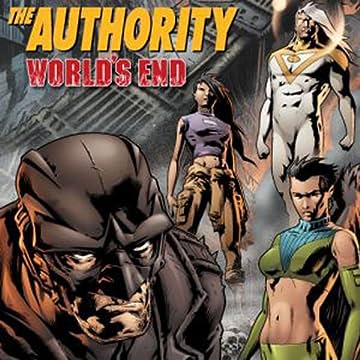 The Authority have survived the destruction of Earth - but only just barely! Do they Teammates have disappeared; others were shattered by the cataclysm. An army of the mad has descended, and there's a new disease that's decimating survivors. The Carrier has fused with London, and there are no doors to a finer world. Can the Authority save even this small corner of the Earth?