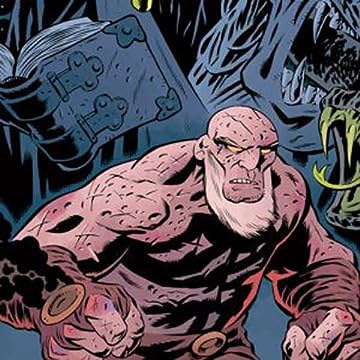 Holy warrior, unholy war. Freak of nature, beast of burden, hulking outcast, medieval prize fighter, Viking raider, God's leg-breaker. One thousand years ago a hulking outcast sought refuge in the crumbling ruins of an ancient monastery, offering in return the one thing he had to give - his fists. Transformed into an immortal warrior monk standing at the gates of Hell itself to keep our world free from its invading armies, The Anchor is mysteriously tricked into centuries of slumber. But today, this holy warrior rises to battle all the unholy monsters unleashed during his slumber. Cataclysmic action, quirky humor, and profound pathos for fans of Hellboy and The Goon. Covers by Brian Churilla and Rafael Albuquerque.