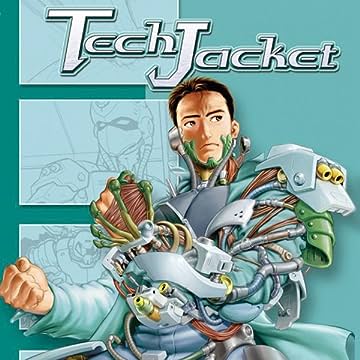 The Geldarians are a race of incredibly intelligent, yet physically weak and fragile beings. To compensate for their frailty they have invented the "Tech Jacket," a vest that every Geldarian is equipped with upon birth. Each jacket grows and matures with its host, specializing in tasks that the host will find most useful. A fully developed Tech Jacket is considered to be one of the most powerful weapons in the universe. Zack Thompson, through an event of sheer chance, has come to possess a Tech Jacket of his own. Now it appears that the fate of the entire universe rests on his shoulders as he learns that with infinite power comes infinite responsibility.