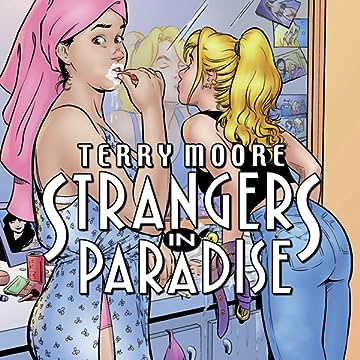 When SiP moved to Homage Comics, the series was given a new volume number. After 8 issues, the series returned to Moore's own imprint and the numbering continued without change. The story of volume III was awarded two GLAAD Awards and the National Cartoonist Society Award for Best Comic Book. The final volume of SiP begins with a superhero dream sequence drawn by Jim Lee launching into a detailed look at the friendship of Francine and Katchoo over the years. As romantic tension grows between the two friends, their lives become complicated with adventures, loss and lessons learned the hard way. When it's all said and done, the bond of two friends from high school proves unbreakable.