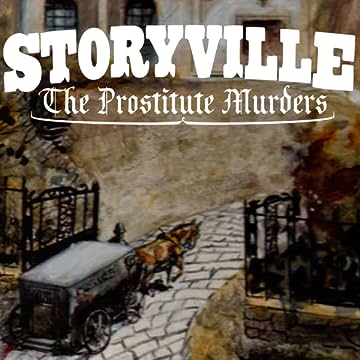 Set in the Storyville district of 1910 New Orleans which was the home for the "Devil's Blues" which later became known as jazz. The legalized red light district ran for 25 years and virtually everything was permitted - from sex to booze, from gambling to drugs. The only thing that was not acceptable was murder, because murder was bad for business. When prostitutes and their customers start being killed, Detective Brian Donahue, a transplant from Chicago, finds he has no answer to these seemingly random murders. Pressured by the local 'political machine' Donahue enlists the aid of Dr. Eric Trevor, a psychiatrist at the nearby Saint James Infirmary, a hospital for the mentally ill. It is hoped that Dr. Trevor will provide the answers these seemingly random and vicious crimes. And the two of them embark to unravel the mystery of this new type of killer seldom seen before...a serial killer. From the mind of Gary Reed, writer of the critically acclaimed Renfield and Saint Germaine.