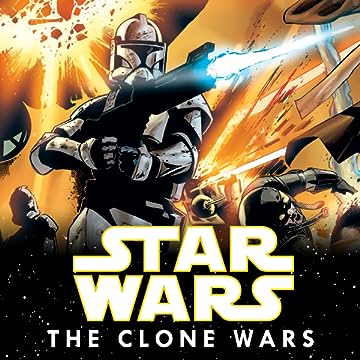 Collects Star Wars: Republic (1998) #49-54, 61, 63, 67, Star Wars: Jedi - Mace Windu, Star Wars: Jedi - Shaak Ti, Star Wars: Jedi - Aayla Secura, Star Wars: Jedi - Count Dooku. The Clone Wars explode across the galaxy! From the stormy seas of Kamino to the rocky hills of Devaron, the battle lines have been drawn, and the Jedi Knights who were once protectors of the peace must become generals, leading the clone armies of the Republic to war! These are the stories that were published immediately after the release of Attack of the Clones, featuring Jedi heroes Obi-Wan Kenobi, Anakin Skywalker, Mace Windu, and Quinlan Vos.