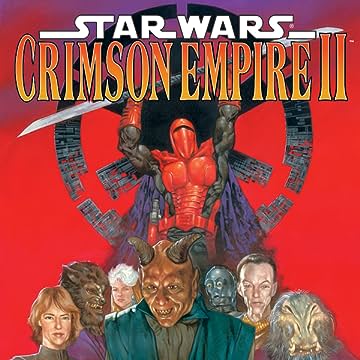 Following the death of Carnor Jax in the first Crimson Empire series, the Empire suddenly finds itself devoid of a strong leader. The Interim Councilis assembled to manage the affairs of the Empire until a new emperor can take the throne, yet something is amiss. Assassinations begin to whittle down the numbers of the council, causing panic and suspicion. Increased raids on otherwise "safe" Rebel trade routes arouse concern within the New Republic. And just where, exactly, has Kir Kanos gone?