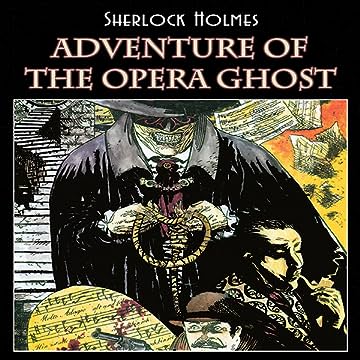 Sherlock Holmes meets the Phantom of the Opera! Dr. Watson, after the recent death of his first wife, is asked to call in Holmes to investigate a mysterious "ghost" who haunts a French opera house. Holmes, who declares that there is no such thing as ghosts and that everything has a logical foundation, accepts the challenge and discovers the opera house is indeed haunted, but not by a ghost but rather a mysterious figure known as The Phantom of the Opera! And Eric, the tortured soul of the Opera House will prove more than an able opponent in a battle of wits with Holmes. Part 1 of 2.