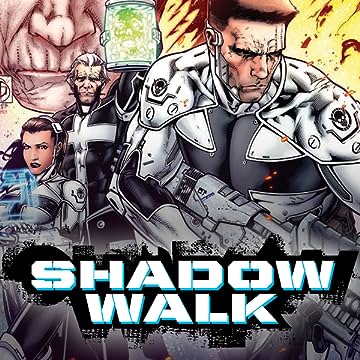 "I walk through the valley of the shadow of death..." Paranormal incidents have occurred in a valley near Iraq. Could the Valley of the Shadow of Death be a real place? When the United States learns of a dangerous new energy source, a Spec-Ops team is sent to extract it. Led by John Raines, a deadly soldier who has been left to rot in Guantanamo--accused of killing his platoon after entering that same valley years prior--the team heads into dangerous territory to battle demonic creatures with little chance of survival. Armed with two arcane artifacts, the team will find out whether the road to Hell just opened up on Earth. From Mark Waid (Daredevil, Kingdom Come) with a story by Waid, Max Brooks, and Legendary's Thomas Tull and artwork by Shane Davis (Superman: Earth One).