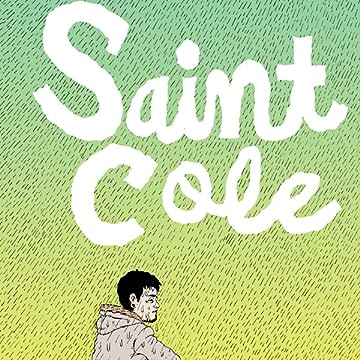 Saint Cole depicts four days in the life of a twenty-eight-year-old suburbanite named Joe who feels trapped working overtime at a pizza restaurant to support his girlfriend, Nicole, and their infant child. Especially when Nicole invites her troubled mother, Angela, to move into their two-bedroom apartment until she lands on her feet again. Joe reacts to this development by further retreating into alcohol. He thinks he loves Nicole but resents her at the same time. They probably wouldn't still be with each other if she hadn't become pregnant. Joe wants out. He's angry. He's in a position to act rashly. And he does. This sophomore graphic novel from Noah Van Sciver may seem like a left turn from his critically acclaimed debut graphic novel biography of Abraham Lincoln (The Hypo), yet upon closer reflection, it continues Van Sciver's interest in pathos and the human condition. "Van Sciver['s]... spare style and determined cross-hatching allow a vivid sense of the scene - personal and social, ballroom to slave pen. He has successfully captured all these and brought them to life with his own idiosyncratic touch." - Paul Buhle, Rain Taxi