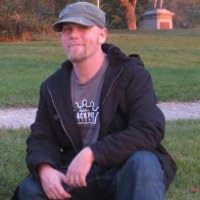 Illustrator RYAN DUNLAVEY is best known as the artist and co-creator of the American Library Award winning ACTION PHILOSOPHERS comic book series (with author Fred Van Lente). His other comics include THE DIRT CANDY COOKBOOK (with chef Amanda Cohen & Grady Hendrix), THE COMIC BOOK HISTORY OF COMICS (also with Van Lente), and MODOK: REIGN DELAY (as both writer and artist) for Marvel Comics. His comics and illustrations have appeared in Mad, Wizard, ToyFare, The Princeton Review, Time Out and Disney Adventures. You can check out his portfolio at ryandartist.com or catch up on his occasionally unprofessional rantings at twitter.com/RyanDunlavey .
Site Web : http://ryandartist.com
Twitter : http://www.twitter.com/RyanDunlavey