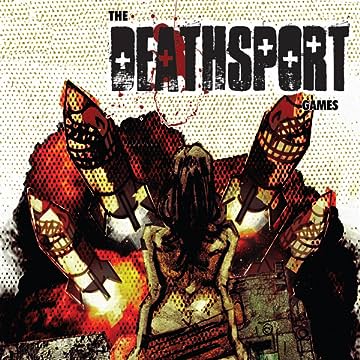 In the near future, an already unstable world alliance is set into turmoil when a trio of American teens (David, Carrie, & Dean) are arrested in a foreign country and forced to participate in a highly-televised and brutally twisted version of the Olympic Games called The Deathsport Games. A cadre of sadistic Sportsmen stand between the three youths and their freedom, but losing the games means losing their lives. It's post-apocalyptic sports adventure at it's finest with high speed action sequences written by Ain't It Cool News' Mark L. Miller and gritty art by newcomer Roy Stewart!