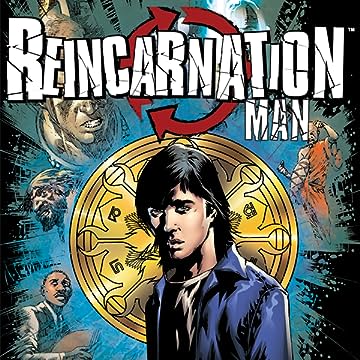 Have you ever felt your life is meaningless, that you are wasting your potential in a dead end job, that you were meant for something greater? Meet Raman. He's just an average 22-year-old with no idea of what the future holds for him, until one day, he decides to try and be a hero. When a young girl is threatened, Raman's uncharacteristic act of heroism leaves him on the brink of death, with three bullets in his chest. He learns that death is just the beginning. Resurrected with the power to access the abilities of his past lives: The Cursed Centurion, The Crimson Templar, The Monk, The Witch, The Magus, the Caveman and more, Raman takes on a new role as the Reincarnation Man!