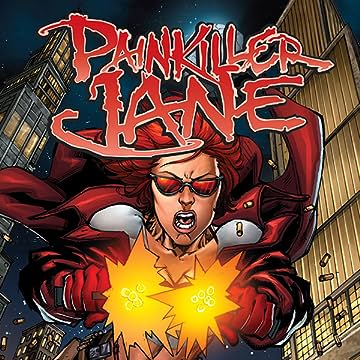 Jane Vasko was an undercover police officer attempting to infiltrate a major New York city drug ring. After gaining the trust of dealers, her cover was unknowingly blown and she was forced to submit to a drug cocktail that landed her in a coma. Jane stayed in secrecy in a local hospital tagged as a Jane Doe, in a coma, until one day she awoke to a world where nothing was the same. Infused somehow during her fitful sleep with strange powers, Jane has nothing left to lose and a whole lot of people to make pay for what they've done... Painkiller Jane's story begins here!