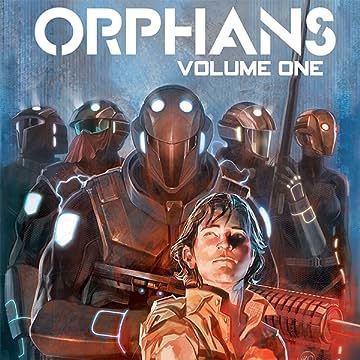 A devastating energy beam strikes the Earth, instantly killing a sixth of the world population. Deemed to be a premeditated attack by aliens from a distant planet,¬†a Serbian scientist named Jsana Juric and a Japanese army colonel named Takeshi Nakamura gather a group of orphaned children who survived the disaster to become lethal soldiers trained to invade the hostile planet in hopes of preventing a repeat attack. Divided into teams, the children get to know each other, and begin to understand that surviving the training will itself be a brutal test. Lives are sacrificed and difficult lessons are learned, all in the interest of turning children into hardened killing machines. One such impressionable child is Jonas . . . Meanwhile, in a parallel storyline set in the future, a ground invasion force reaches the alien planet from which the energy beam supposedly originated. Before setting foot on the planet, every soldier receives a vaccine to combat the deadly radiation on the planet, a course that must be repeated every day. The battles are tough, and the human forces suffer massive casualties, until a team of five soldiers appear and make short work of the aliens.¬†These five heroes are Jonas and his companions‚Äîthe "Orphans." A massively popular series by Italian authors Roberto Recchioni and Emiliano Mammucari, this series has spawned five spin-off series (or "seasons").