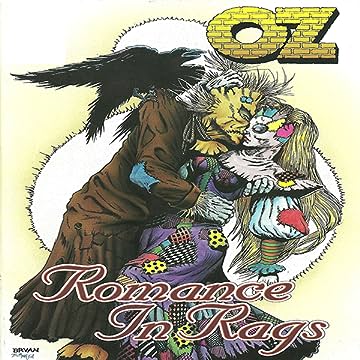 A mini-series set in the world of OZ, the popular Caliber Comic series based on the Wizard of Oz books by L. Frank Baum, as it concentrates on Scarecrow and his tattered lover, Scraps.  Set in the days when Oz was controlled by the Nome King and when the Scarecrow was under the evil spell of the Nome King's amulet, Scraps must decide which side to ultimately join - Scarecrow or the Freedom Fighters. This series is about the ill-fated love between Scraps the Patchwork Girl, and the Evil King Scarecrow. Although she is one of the Freedom Fighters of Oz, she cannot bear to hear of their plans for her beloved’s demise. Thus she steals the Freedom Fighter’s secret weapon and runs away into the night! Part 1 of 3.