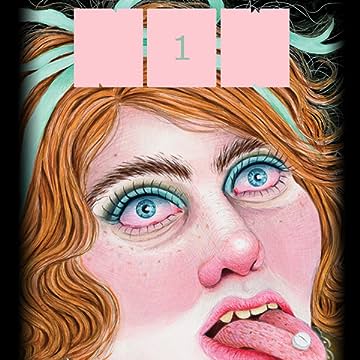 This is the launch of brand-new, periodic anthology of comics from some of the best cartoonists in the world, such as Eleanor Davis (How to be Happy). Now is an affordable and ongoing (three times a year) anthology of new comics that appeals both to the comics-curious as well as the serious aficionado. It's a platform for short fiction, experimentation, and for showcasing diversity in the comics field. The only common denominator to each piece is an exemplary use of the comics form, with a lineup of established and up-and-coming talent from around the globe. The first issue includes new work from acclaimed creators such as Noah Van Sciver (Fante Bukowski), Gabrielle Bell (Lucky), Dash Shaw (Cosplayers), Sammy Harkham (Crickets), and Malachi Ward (Ancestor), as well as international stars such as J.C. Menu, Conxita Herrerro, Tobias Schalken, and Antoine Coss. Plus strips from Tommi Parrish, Sara Corbett, Daria Tessler, and Kaela Graham, as well as a gorgeous painted cover by artist Rebecca Morgan.