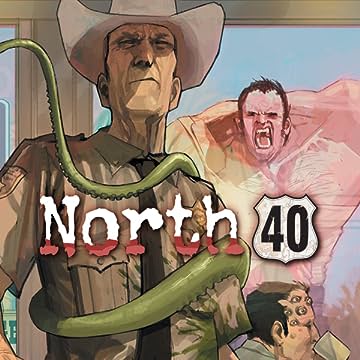 The residents of an isolated rural area discover superhuman - and supernatural - power in their midst in this title collecting the hit 6-issue miniseries written by Aaron Williams the the artist of the critically accalimed Saga! The power stops at the county line, but inside the afflicted area, something ancient and malevolent stirs as new monsters arise. Can Wyatt, an unlikely hero from the wrong side of the tracks, join forces with Sheriff Morgan and town outcast Amanda to keep the county from imploding or being eaten by mighty Cthulhu?