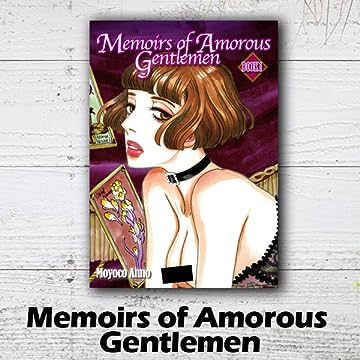 AVERTISSEMENT: graphic sexuality
France, Paris -- Beginning of the 20th century. Colette works in a brothel and entertains clients with "perverted" desires. She is leading a life without prospects. Her only happiness consists of the secret meetings with gigolo Leon, whom she feels helplessly attracted to. Even though he is visiting other women... "Perverts are people who have explored and put a shape to their desires. Just like a blind man using both hands to carefully trace the contours of a vase of flowers..." Who are these perverts Moyoco Anno brings to life in Paris, the city of flowers? This is the first new series by Moyoco Anno in eight years! After "Sakuran" and "Buffalo 5 Girls" comes another story about the strong lives of prostitutes. The e-book contains all color pages published inside the magazine. This series has been published in Japan since 2013 which Japanese title name is "Bikachou Shinshi Kaikoroku"