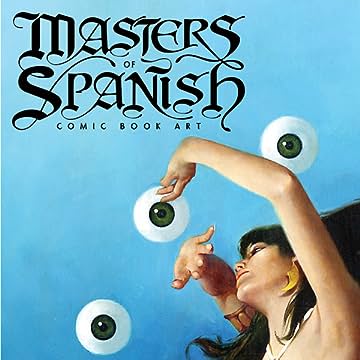 Masters of Spanish Comic Book Art is a celebration of the great artists who revolutionized horror comics in the 1970s with their work on Warren's Vampirella, Creepy, and Eerie horror comics. This first-ever comprehensive history of Spanish comic books and Spanish comic artists reveals their extraordinary success -- not just in Spain and America, but around the world. Containing artwork from over 80 artists, this in-depth retrospective includes profiles of such legends as Esteban Maroto, Sanjulian, Jose Gonzalez, Jordi Bernet, Enrich, Victor De La Fuente, Jose Ortiz and Luis Garcia Mozos. With 500 illustrations, over half scanned directly from the original artwork, Masters Of Spanish Comic Book Art honors the "Golden Generation" whose artwork inspired the imagination of comic book lovers everywhere.