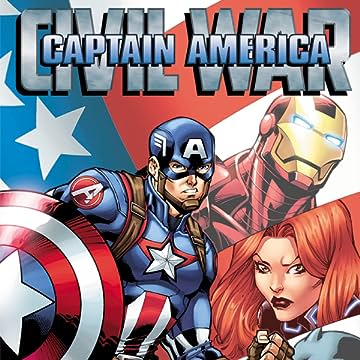 Collects Marvel Universe Avengers Assemble #3, 11, 13; Marvel Universe Avengers Assemble Season 2 #4, 6; material from Avengers: Earth's Mightiest Heroes (2011) #1, Marvel Universe Avengers: Earth's Mightiest Heroes #8. The major players of 2016's biggest blockbuster showcase their skills in all-ages adventures! To save the Earth, Captain America must rescue the Red Skull from his oldest friend: the Winter Soldier! When the Time Stone affects Iron Man, can a de-aging Tony Stark take on dinosaurs? Black Panther shares a high-stakes trust exercise with Hawkeye, then teams with the Hulk to defuse Hydra's Madbomb! It's up to Falcon to save the day after a mysterious foe turns the Avengers into evil ghosts! When the Avengers "Hulk out," only Black Widow can rescue her teammates! Captain America and Iron Man must go undercover disguised as villains!