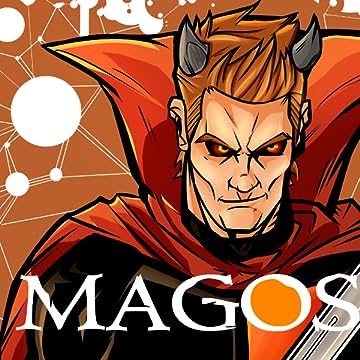 Magos is a vast, orange planet floating in space. Two hundred years ago, Magos was a wild world, filled with magic. Unchecked chaotic forces reigned, the worst of which were the Dracos. The powerful Prowlers of planet Magos sealed these chaotic creatures away with immense magic for many years, but now the Dracos have returned to reclaim the surface! This is the story of Felix Farrack! It's up to him to re-unite the Horns and the Prowlers against an ancient foe. This is the first issue of an all new fantasy adventure story written and drawn by Greg Menzie(@AbnormalGreg), colours by Kóte Carvajal(@Kóte Carvajal) and Letters/edit work by Paul Wiles (@Antihiro)