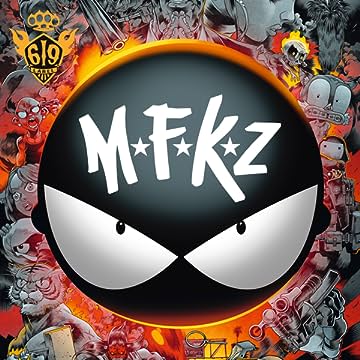 Angelino, a young loser like thousands of others in Dark Meat City, lives in a squalid hotel room in the Latin Quarter of Rios Rosas with his buddy Vinz. His days are spent between monotonous channel-surfing and working at the occasional odd job. Luckily, the Mexican wrestling matches he loves so much are on TV. From dead-end jobs to metaphysical discussions under starry skies with his buddy, his life slowly ticks by, until a seemingly banal scooter accident changes everything. Angelino suddenly finds himself in the middle of a hurricane of unimaginable trouble, involving heavily-armed men in black, gangs of all kinds, Mexican wrestler vigilantes, and even depraved cosmic entities with shadowy intentions!