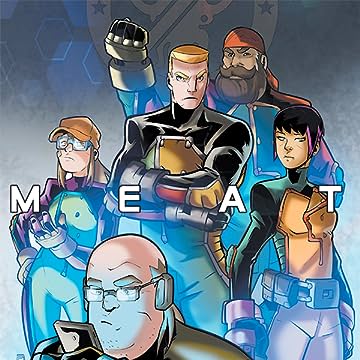 Humanity faced the wrath of multiple post-apocalyptic threats. Zombie plagues, rampant kaiju, and alien invasions. Cities were demolished and mankind was brought to its knees. But we fought back… and won. Now the world is rebuilt, and it’s up to M.E.A.T. - Monster Elimination And Tactics - to see that such global catastrophes never occur again. Under their vigilant watch, we are safe. Until the earth starts fighting back with a new form of life. A new form of terror.