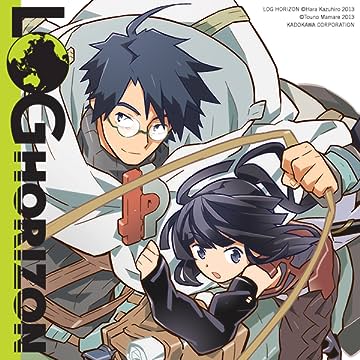 The world of Elder Tales was supposed to be fun for everyone, but ever since the 12th expansion pack came out and trapped thirty thousand gamers within its fantastical confines, it's not much fun anymore! Nobody knows how to return to the real world, the food has no taste, and even death is no escape. Since the change, the world has fallen into lawlessness, and a strong guild is a player's only hope for survival. It's amid these dire circumstances that Shiroe sets off across the virtual landscape with his friends Naotsugu and Akatsuki on an adventure of discovery as they try to understand the nature of their new reality. Illustrator Kazuhiro Hara has adapted Mamare Touno's light novel series into a comic that gamers and manga fans alike won't want to miss!