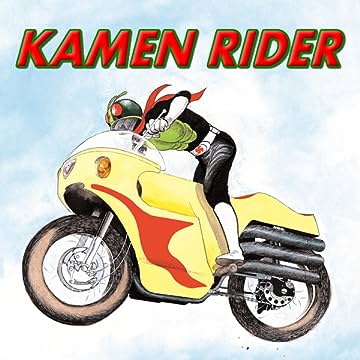 TAKESHI HONGO is an expert motorcycle racer and a young genius with an IQ of 400. He is abducted by the secretive company SHOCKER and turned into a cyborg as part of a fiendish plot to take over the world. Just before his brain is irrevocably transformed, Hongo manages to escape his hidden prison with the assistance of his respected teacher Dr. MIDORIKAWA, a scientific genius who has been forced to work for Shocker. Hongo, with his indomitable spirit and sense of justice, names himself the MASKED RIDER and uses his motorcycle, Cyclone, and the superhuman powers imbued in him by Shocker to combat the organization's evil ambitions!