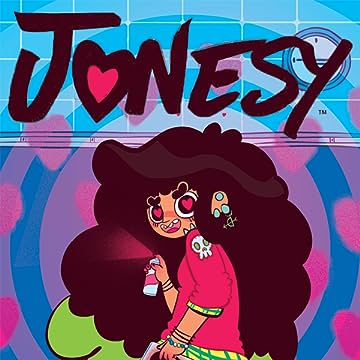 Jonesy is a self-described "cool dork" who spends her time making zines nobody reads, watching anime, and listening to riot grrrl bands and 1D simultaneously. But she has a secret nobody knows. She has the power to make people fall in love! Anyone. With anything. She's a cupid in plaid. With a Tumblr. There's only one catch—it doesn't work on herself. She's gonna have to find love the old-fashioned way, and in the meantime, figure out how to distract herself from the real emotions she inevitably has to face when her powers go wrong..."