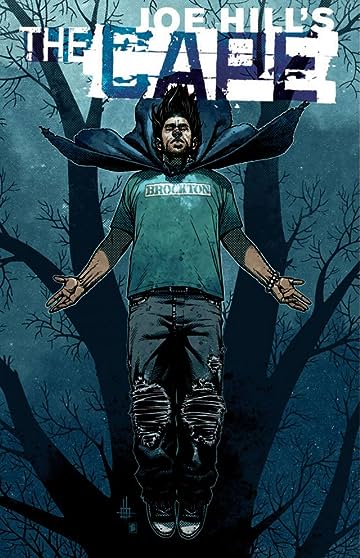 Joe Hill, acclaimed novelist/Eisner-winning comic writer, is the horror/fantasy writer to watch! Here's a perfect introduction to his work! Locke & Key: Welcome to Lovecraft, is a 6 issue story of dark fantasy and wonder. Written by Hill and featuring astounding artwork from Gabriel Rodriguez, Locke & Key tells of Keyhouse, an unlikely New England mansion, with fantastic doors that transform all who dare to walk through them... and home to a hate-filled and relentless creature that will not rest until it forces open the most terrible door of them all... Then we have The Cape, another Joe Hill extravaganza! This special series takes Hill's acclaimed short story from his best-selling short-story collection 20th Century Ghosts and adapts it to comics, with amazing illustration by Nelson Daniel! The Cape will walk you along the fence of childhood innocence, and then throw you face first into a brick wall. Lastly, Joe Hill collaborated with his father, Stephen King, for the first time on a tale that paid tribute to Richard Matheson’s classic tale, Duel. IDW is proud to present comic-book tellings of both stories in Road Rage. Adapted by Chris Ryall alongside Hill & King and featuring art by Nelson Daniel.