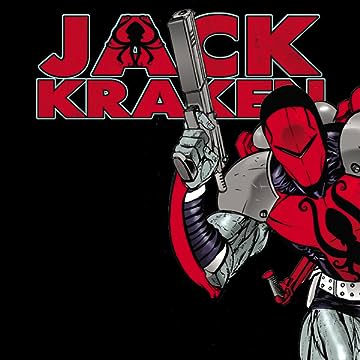 Jack Kraken is the best agent the Humanoid Interaction Agency has. Using his extranormal powers, Jack protects humans and humanoids alike from those who would kill them. Follow Jack's adventures rescuing kids and stopping the things that go bump in the night. Art by Sophie Campbell (The Abandoned), Tim Seeley (Ex Sanguine), and Jim Terry (The Crow)!