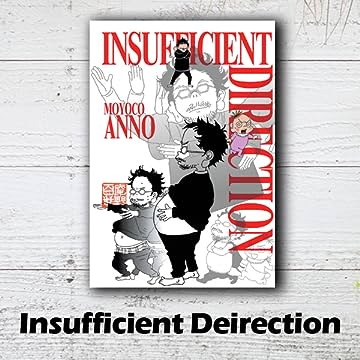 A natural match between the manga queen Moyoco Anno and the patron saint otaku, Hideaki Anno! When Moyoco Anno, the widely successful creator of women's manga, married Hideaki Anno, creator of Evangelion and a director known to be the very model of an otaku, she held one important doubt: "Am I really ready to be an otaku's wife?" Taking up that challenge, Moyoco Anno launched herself into the deep end beautiful world of married life. This comic essay, an account of the private lives of two of Japan's most high-profile creators, is raw, unfiltered, and unforgettably hilarious. This series has been published in Japan since 2002 which Japanese title name is "Kantoku Fuyuki Todoki"