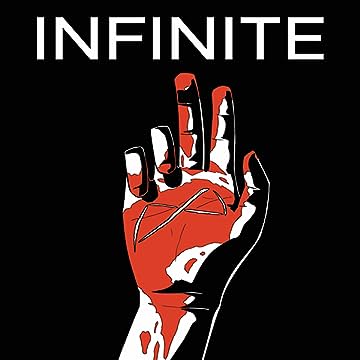 Born with biological immortality, Infinites are on the brink of war with humanity. Using fear to mask their envy, the U.S. government has outlawed Infinites as they try and replicate their gifts... with them as the test subjects. Caught in the middle is Dante, a human and former detective struggling to figure out his place in an increasingly divided and vicious world -- and Sarena, an Infinite soldier from a hidden village that's a refuge for her race. Fate has thrown them together on a journey through the war, and two people who couldn't be more different find that their pasts are on a collision course with one another. For fans of dark sci-fi such as District 9, The Matrix, and Minority Report.