Henry Speaks for Himself 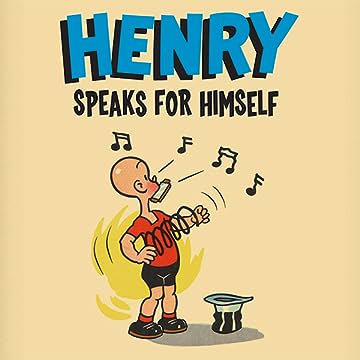 Henry Speaks for Himself

What is it about odd-looking comic strip characters that catch the public’s attention? Carl Anderson’s classic comic strip character Henry was certainly not your average-looking youngster, with knobby knees, a pencil neck, and a bulbous, bald head but, for years, he entertained millions of readers worldwide with his pantomime pranks. He was also the subject of a long-running comic book series, with one significant difference from the newspaper strip – in the comic books, Henry spoke! Written and drawn by John Liney, who also handled art chores on the daily Henry strip, these stories were done in a Tintin-esque clean-line art style that made them attractive to the younger set, but with writing clever enough to cause the adults to chuckle while reading to their children. These 1940s-’50s stories have never before been reprinted, and this collection provides a long-overdue look at a forgotten “kid’s comic” masterpiece.