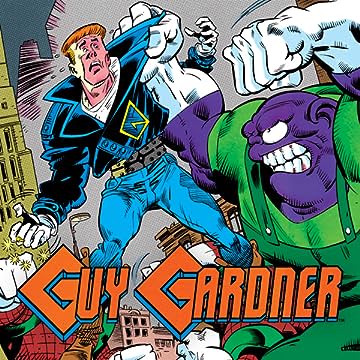 No longer a Green Lantern, Guy Gardner is just plain Guy and he's determined to become one of the meanest guys in comics. With new powers and a new costume-- and the same old nasty attitude-- he might prove just because you're mean that doesn't mean you're not a hero.