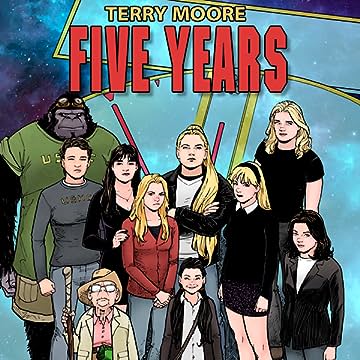 A dangerous paper written by Lilith has been leaked to the nations of the world containing a formula for the ultimate weapon and now labs around the globe are attempting to build and test the Phi Bomb. Tambi, in an all-out effort to find the labs and stop them, has enlisted the help of Ivy Raven, Julie Martin, Rachel and Zoe. Meanwhile, Katchoo and Francine have moved their household, including the kid's new bodyguard Samantha Locklear, to the beach where Katchoo devises her own solution to the problem. Five Years weaves the Terryverse into one epic saga that has been years in the making!