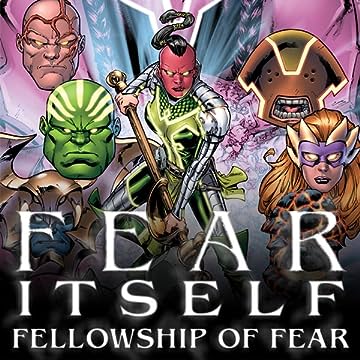 A companion to FEAR ITSELF! Handbook profiles for characters that thrive on fear (Dreamqueen! Fear-Eaters! Fear-Lords! The Darkforce Dimension's Predator! Shock/Ariel Trennmore! The Golden Age's Dr. Fear!), events that have terrified (Chaos War! The Gauntlet! Second Coming! Kang Dynasty! Shadowland!) and one of the main architects of FEAR ITSELF: Sin/Red Skull! Also featuring a map tracing events that have terrified Marvel's denizens and mini-profiles providing the basics on the six characters chosen as hammer wielders!