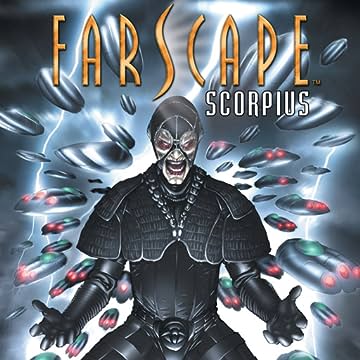 Beginning a bold new direction in the second year of BOOM! Studios' Farscape comics! A frightening, black-leather clad presence with a face like a skull - the half-breed Scorpius - takes his villainy to new heights. Crichton's worst adversary, fandom's favorite villain, and one of science fiction's greatest antagonists finds himself deposed from his throne on Hyneria and making a bold new discovery that could put him back on top of the Uncharted Territories! Don't miss out on one of science fiction's most enduring characters with a new series written by Farscape creator Rockne S. O'Bannon and scripted by best-selling novelist David Alan Mack (Star Trek: Destiny)! Covers by Nick Runge and Chad Hardin.